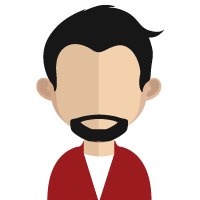 Do you feel stressed much of the time? Perhaps, your career, family, and social responsibilities keep you extremely busy. If you desperately desire to relax more and feel stressed less, consider enrolling in continuing education classes on a regular basis. While taking a fun, continuing education course, you can learn new things while forgetting about your problems. Do you want to prepare more meals at home, but don’t know how to accomplish this task? You might benefit from taking a cooking class. Depending on your personal preferences, you may also enjoy enrolling in a kickboxing, karate, jewelry making, interior decorating, or photography course. On this blog, I hope you will discover the numerous advantages of taking continuing education classes regularly. Enjoy!

Birthing your baby and being able to spend the fir …

The guitar is one of the most popular instruments …

Online learning used to be an optional learning al …

Kids are constantly learning, even when they're no …

The medical field is filled with a variety of inte …

One of the major differences between public and private schools is public schools usually have a lot more children in each class than private schools. The exception to this can be when you have your child in a public school in a small community. However, when it comes to city living it can be common to have more than 35 students in a single classroom. When you have this many students and one teacher, it doesn't allow each child to get the one-on-one they sometimes need in order to fully understand the material being taught. The smaller class sizes at private schools allows for each student to get that special attention.

When your child is in public school they won't learn anything about religion and they can even learn things that go against their religion. This is due to the separation of church and state. If you are non-religious, or you believe that religion should only be handled by the family, then you may like this. However, if you would like your child's teachings to include your religious belief system then private school is the way for you to ensure this is being done. There are private schools that revolve around just about all religions, so you can enroll your child in the right one for your family beliefs. However, there are also private schools that don't teach religion, but still offer you the other benefits of going with a private school.

3: Private schools can include much more parent involvement

While there are things you can do to get involved at a public school, such as joining the PTA and getting involved in fund raisers, private schools can allow you to be even more involved. Private schools really like to hear from the parents and they are open to including parental ideas into their schedule, where public schools have to go through a lot of red tape to add something new.